Third base dilemma for White Sox leading to Gillaspie or Davidson trade? 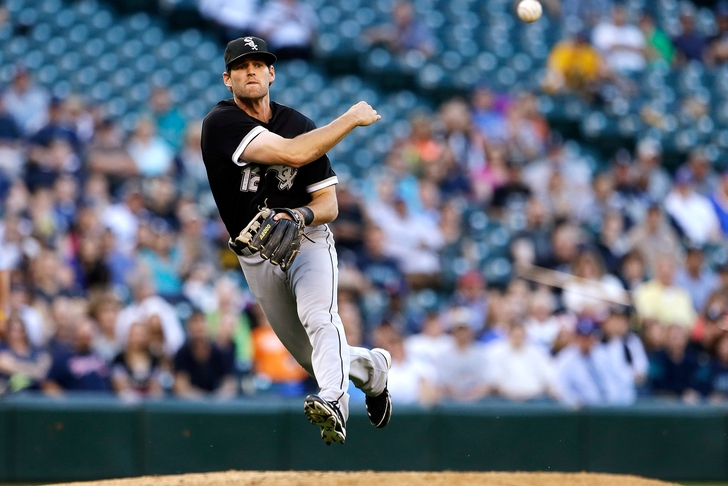 In this look into White Sox trade rumors and news, a perceived logjam at third base for the Chicago White Sox could cause the team to look at potential trades prior to the July 31st non-waiver trade deadline.

Here's Doug Padilla of ESPN Chicago with a little bit of speculation on the future for third basemen Conor Gillaspie and Matt Davidson:

Conor Gillaspie has made huge strides this season to the tune of a .326 batting average, which would be sixth best in the American League if he had enough at-bats to qualify for the batting race. But the White Sox also paid a pretty price this winter for Triple-A third baseman Matt Davidson, who was acquired from the Arizona Diamondbacks for Reed. At the all-star break, Davidson was tied for the International League lead with 17 home runs. Would the White Sox make Gillaspie or Davidson available at the trade deadline to package in a deal, or is there a plan to keep both players and perhaps spring a position change on one of them? Or maybe the White Sox wait to solve the third-base riddle in the offseason?

It's an interesting set of questions for a team loaded with corner depth. Expect the White Sox to at least consider dealing one of the two prized third basemen, especially if they can pick up key pieces elsewhere on the diamond in a multi-player swap.