Getting To Know Carson Fulmer, The Chicago White Sox's 1st Round Pick In The 2015 MLB Draft 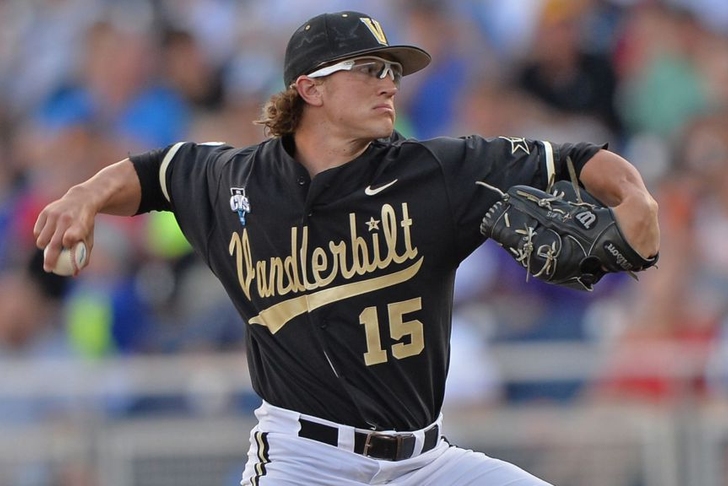 The Chicago White Sox selected LHP Carson Fulmer out of Vanderbilt with the No. 8 overall pick in the 2015 MLB Draft.

Fulmer helped key Vanderbilt's run to its first College World Series title when he moved from closer to starter last April, not allowing a run in his first 29 2/3 innings in his new role. He spent the summer with the U.S. collegiate national team, leading the pitching staff in wins (three), ERA (0.73) and opponent average (.141). Fulmer has an electric arm that delivers 93-97-mph fastballs and power breaking balls. His changeup is an effective third pitch and coaches and scouts alike rave about his competitive makeup. Some scouts think he'd be best off channeling his energy into becoming a closer because he lacks size, his delivery features effort and his control can get wobbly at times. A 15th-round pick by the Red Sox from a Florida high school in 2012, Fulmer would have gone in the top five rounds had he been signable.

"He's a pitching version of Joe Frazier," Corbin said. "He keeps coming at you. He's coming through the hitter. He's just an elite competitor."