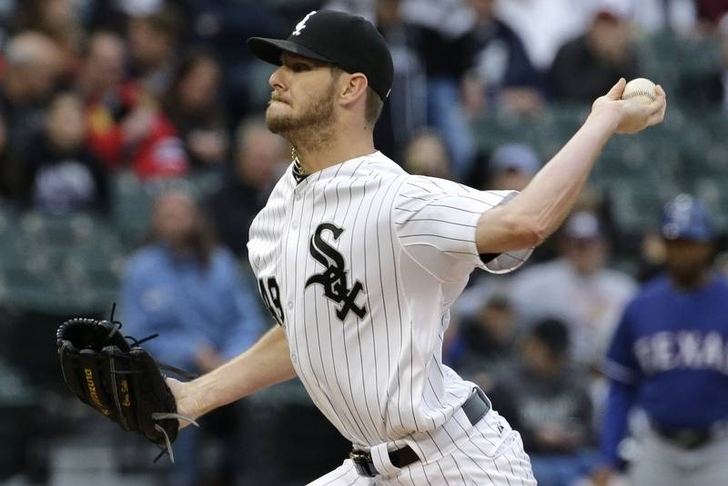 The 30-year-old righty will be the center of many a trade rumor over the next three weeks, and we've got a feeling one of those rumors will lead to a deal before the July 31st deadline. Samardzija is on a valuable rental deal for a portion of his $9.8 million expiring salary, and while the White Sox are still taking a wait-and-see approach about getting back into the AL Wild Card race, the trade package Samardzija would command could be too tempting to pass up.

2. A Wild Card Spot Is In Reach

No team in the American League as a winning percentage south of .440, which means that we have an absolute glut of middling teams fighting tooth and nail for one of the league's two Wild Card spot. As of Friday night, the White Sox have eight teams to jump to take over the second slot. However, that only amounts to five games worth of ground in the daffy American League standings -- far from an insurmountable mountain to climb.

3. The Starting Rotation Is In Good Shape

Chris Sale and his 150 strikeouts are leading the way for one of the undersung starting rotations in all of Major League Baseball. The bullpen has been wretched at points, but the rotation has been doing its job -- currently ranking 8th in quality starts with 50. If the 'pen can start holding leads and limiting deficits with regularity, the White Sox will be in great shape.

4. The Offense Needs A Shot In The Arm

If the White Sox settle on dealing Samardzija but still believe in their heart of hearts that they've got a chance to ascend the A.L. ranks, they're going to need to find some protection for slugger Jose Abreu and stat -- be it in a Samardzija trade or elsewhere. The White Sox are dead last in Major League Baseball with 285 runs scored. That's under 3.5 runs a game for an offense that many were tabbing as having enough firepower to topple the Tigers and Royals in the AL Central.