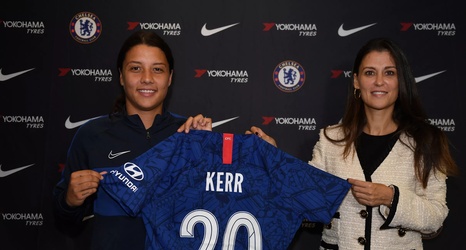 Earlier this morning, the Australian striker announced she was joining English club Chelsea FC. The Blues, who are currently top of the WSL table, noted in their press release that Kerr will join them for the second half of the 2019-20 season.

In two seasons with in Chicago, Kerr became a leader for the Red Stars on and off the pitch. Her 18 goals for Chicago in 2019— a league record for most goals scored in a single season— were critical for the Red Stars’ campaign, leading them to their first NWSL Championship Final.