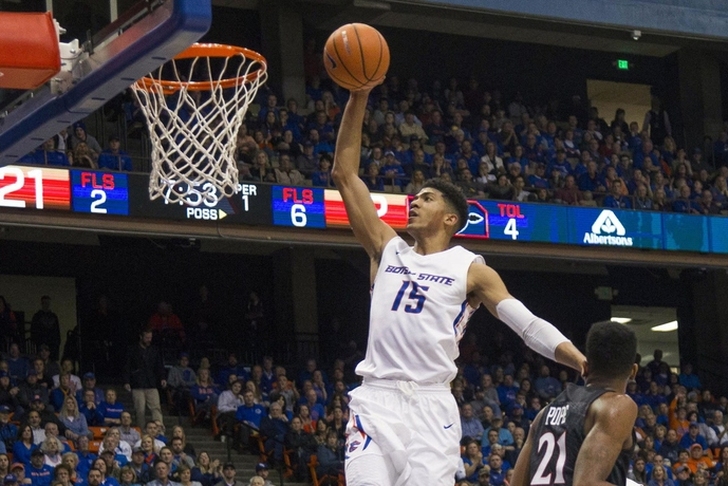 The Chicago Bulls hold the No. 7 and No. 22 overall picks in the upcoming NBA Draft, and while the team is still evaluating their options with their first pick, they already know who they want with the No. 22 pick.

According to NBADraft.net, the Bulls have promised to take Boise State wing Chandler Hutchison if he's on the board then.

Of course, it remains to be seen if Hutchison, a talented player with a versatile offensive game, lasts until then. He is projected to go to the San Antonio Spurs with the No. 18 pick in our post-lottery mock draft.

Hutchison surprisingly withdrew from the NBA Combine on Wednesday - one day before it started - with reports that he had received a promise from a team picking late in the first round. Once a player receives a first-round promise, they usually avoid any more on-court workouts in order to avoid injury.

Hutchison averaged 20.0 points, 7.7 rebounds, and 3.5 assists per game as a senior last season.