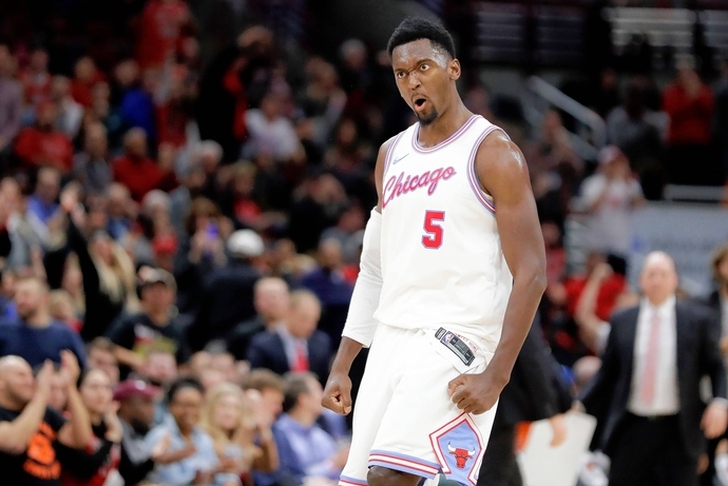 The Chicago Bulls plan to work on an extension for forward Bobby Portis this offseason, according to Vincent Goodwill of NBC Sports Chicago.

Those good graces may have the Bulls truly evaluating where Portis fits long-term, and it could work to the benefit of both sides as they could engage in contract extension talks this summer before Portis is scheduled to hit restricted free agency, if the two sides don't reach a deal this October.

A front office source tells NBCSportsChicago.com a deal for Portis “will be discussed” this summer, as Portis has had a breakout third season.

Portis got into a fight with former teammate Nikola Mirotic during a practice in the preseason, breaking bones in Mirotic's face. That led to questions about his future with the franchise, but after Chicago traded Mirotic to the New Orleans Pelicans, it's clear they think Portis fits into their long-term rebuild plans.

Portis is averaging 12.9 points and 6.5 rebounds per game this season, all of which are career-highs for the 23-year-old.

NEXT READ: Best And Worst NBA Highlights Of The Week - Boom And Bruh From Chat Sports