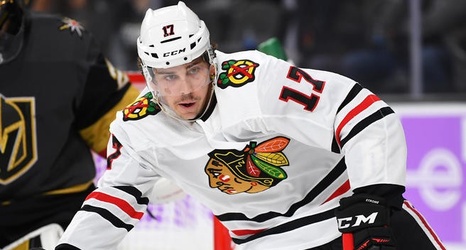 The Blackhawks announced Thursday that they have placed forward Dylan Strome on injured reserve with a right ankle injury, retroactive to Jan. 7. In a corresponding move, forward Brandon Hagel was recalled from the Rockford IceHogs of the American Hockey League and will join the team in Toronto ahead of Saturday's game against the Maple Leafs.

Strome was originally listed as "day to day" with a right ankle sprain, but it appears he needs some extra time to recover despite skating in Chicago over the past few days. The Blackhawks have three games remaining before the NHL All-Star break and, at this point, it looks unlikely Strome will return before that.