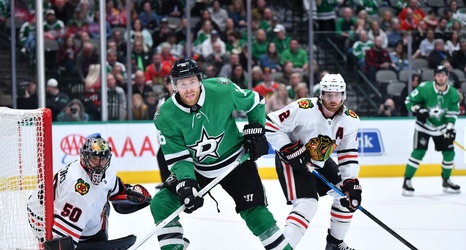 The Blackhawks continued their recent streak of losing after wins, falling 2-1 to the Stars on Sunday afternoon in Dallas.

Dominik Kubalik scored a power-play goal for Chicago (27-27-8), which has lost three of its past four and is 3-7-2 since a five-game winning streak. Corey Crawford made 31 saves, including eight high-danger saves.

Joe Pavelski and Tyler Seguin each scored for the Stars, who are 6-0-1 in their past seven games.

After allowing double-digit shots, including multiple close calls, Pavelski made it 1-0 at 15:20.