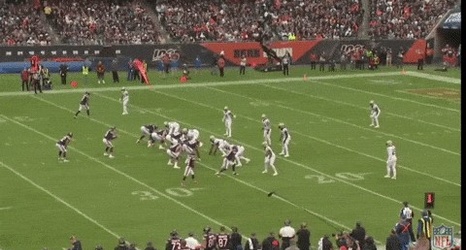 Only allowing two sacks against the New Orleans Saints isn’t that bad, but the first was because of piss-poor execution, and at this point in the season that shouldn’t be happening. The second sack was schemed up perfectly and sometimes you just have to tip your hat to the defense for making a good play.

But overall, I thought the pass protection was good, especially when considering Chicago Bears head coach Matt Nagy had his quarterback drop back to pass 56 times. With zero concern for the run, the Saint defenders could just line up and attack Mitchell Trubisky and that’s exactly what they did.