Panthers vs. Eagles Preview and Prediction 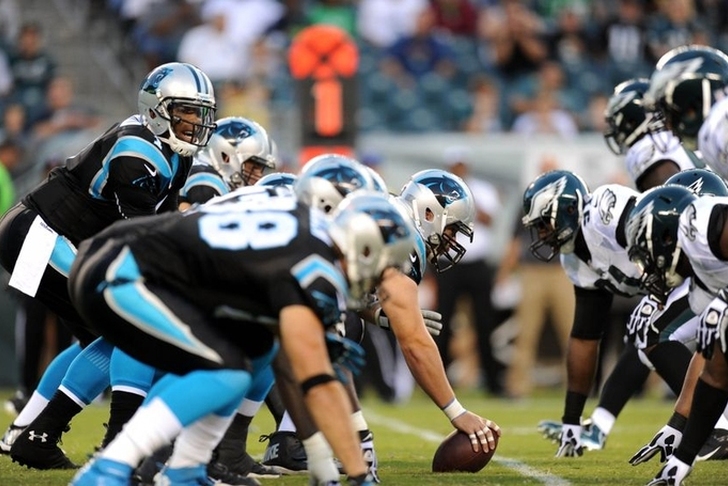 The 3-3 Philadelphia Eagles travel to face the 5-0 Carolina Panthers on Sunday Night Football. The Eagles have battled inconsistency on offense, while the Panthers have started hot despite lacking weapons outside of TE Greg Olsen. So will the Eagles or Panthers pick up a win? Here's our preview and prediction.

What They Are Saying About The Panthers:

Panthers Want To Knock QB Sam Bradford "Off His Spot"

What They Are Saying About The Eagles:

Turnovers, turnovers and more turnovers. The Panthers and Eagles are two of the best at forcing turnovers this season. The Eagles have forced 16, second-most in the NFL. The Panthers forced 11, tied for fifth. However, it's Carolina that is tied for first in turnover differential because the Panthers have only turned it over five times. The Eagles have coughed it up 14 times, second most in the NFL. There should be several turnovers in this game and the team that comes out on top in the turnover differential is going to win.

The Panthers limit their turnovers, while forcing Bradford into several errors. It's a bad matchup for the Eagles' offense and it struggles once again. Carolina improves to 6-0 as QB Cam Newton takes advantage of the Eagles' mistakes.