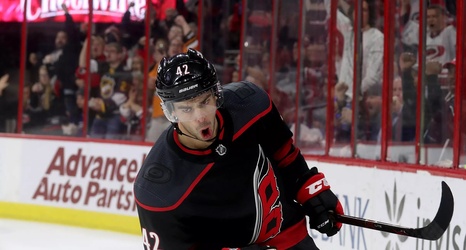 If you expected a Carolina Hurricanes vs. Toronto Maple Leafs match-up to be crazy, then you got just what you ordered. But nothing could have prepared for this. And frankly, this one will be talked about around the water cooler for a long time.

The final score was 6-3 Hurricanes. Warren Foegele scored twice, and Sebastian Aho and Andrei Svechnikov extended their point streaks. But nothing in the world could top the story that played out on Hockey Night in Canada, as emergency backup goaltender David Ayres, a 42-year-old Zamboni driver for the Toronto Marlies, became the first emergency backup in NHL history to record a win, and was the oldest player in league history to make his debut, topping Lester Patrick, who played goal while coaching the New York Rangers In 1927 at age 41.