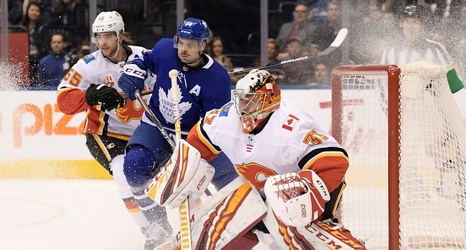 On Monday in Montreal, David Rittich was superb but the rest of his team was sub-standard. On Thursday in Toronto, Rittich stood on his head (again) but the rest of the Calgary Flames showed up to make a game out of it. The Flames grinded out a 2-1 shootout win over the Toronto Maple Leafs on the road.

The Flames took awhile to get going in the first, down 6-0 in shots at one point. Neither team scored, but the Flames rallied back to make a game of it. Shots were 10-9 Leafs and scoring chances 10-9 Flames.