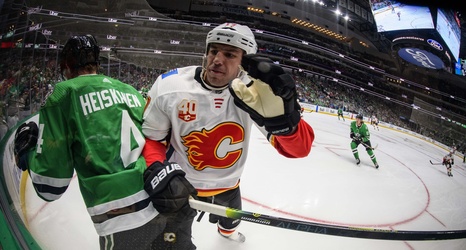 Neither team scored in a pretty tight-checking opening period. Shots were 9-9. Scoring chances were 10-10.

The Flames got in a bit of penalty trouble in the second period.