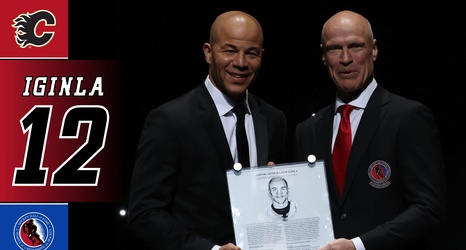 Iginla entered the Hall alongside Marian Hossa, Ken Holland, Kim St-Pierre, Kevin Lowe, and Doug Wilson as a member of the 2020 class of inductees.

Here’s the video of Iginla’s full speech, as posted to Twitter by the official National Hockey League account:

Jarome Iginla shares his journey from his early childhood to this very moment at the Hockey Hall of Fame induction ceremony.