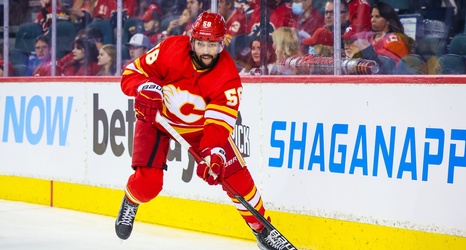 The Calgary Flames weren’t great on Friday night against the Toronto Maple Leafs. Playing their second game in as many nights, the Flames had decent structure but lacked a lot in terms of their execution with the puck in all three zones. Luckily for them, they got good goaltending from backup Dan Vladar.

The Flames got a point in a 2-1 overtime loss to the Leafs.

There’s not a ton to say about the first two periods. The Leafs carried play. The Flames tried to get something going, but they generally didn’t play in a connected manner – lots of errant passes and off-the-target shots – and so Toronto was able to generate momentum and the Flames weren’t.