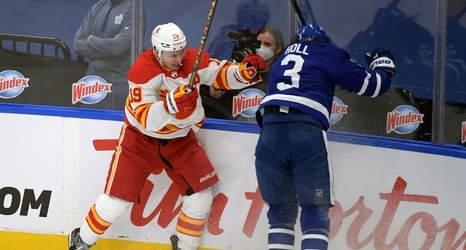 Just 24 hours after a fairly blah game in Montreal, the Calgary Flames (7-3-3, 17 points) are back in action and trying to find their swagger when they visit the Toronto Maple Leafs (8-5-1, 17 points). It’s a big test in a tough building as the Flames seek to get back into the win column!

The puck drops just after 5 p.m. MT and you can catch the action on television via Sportsnet West or on radio via Sportsnet 960 The Fan (with Derek Wills and Peter Loubardias). It’s the Hall of Fame game, so it’ll be delayed slightly so the incoming Hall of Fame class can be honoured.