Which Bills players could be Pro Bowl bound this season? 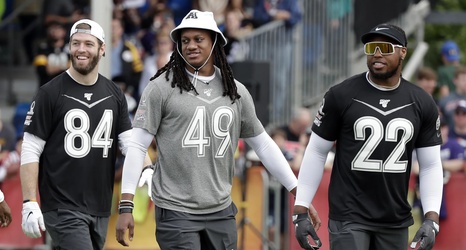 Although the 2021 NFL Pro Bowl was not the traditional, 11-on-11 showdown of the stars, the NFL still found a way to showcase its players by allowing them to compete against each other virtually on Madden 21. Five Buffalo Bills players from last season were named to the Pro Bowl team, including Josh Allen, Stefon Diggs, Tremaine Edmunds, Tre’Davious White, and Andre Roberts. Let’s look at who could represent the Buffalo Bills next season in the 2022 NFL Pro Bowl in Las Vegas.

Obviously, a lot can change over the course of a year with injuries, signings, and regression, but if all goes as planned, the Bills should be looking at a minimum of three players in the Pro Bowl.