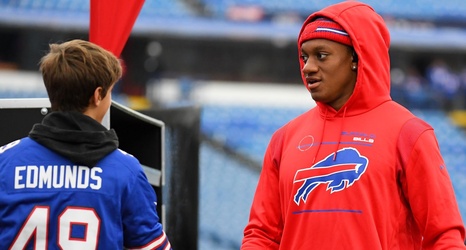 There aren’t a lot of positive takeaways from the Buffalo Bills getting smacked around by the Indianapolis Colts, but one bright spot was the lack of new injuries to the roster. Buffalo released an injury report for a walk-through practice on Monday evening, with the team set to play against New Orleans on Thursday. Only two players were listed on the report: Tremaine Edmunds (hamstring) and Cole Beasley (ribs).

Edmunds, who missed Sunday’s game, was considered a full participant on Monday, an upgrade over his last practice on Friday. That’s a strong sign that he’ll be playing on Thanksgiving, and hopefully full-go.