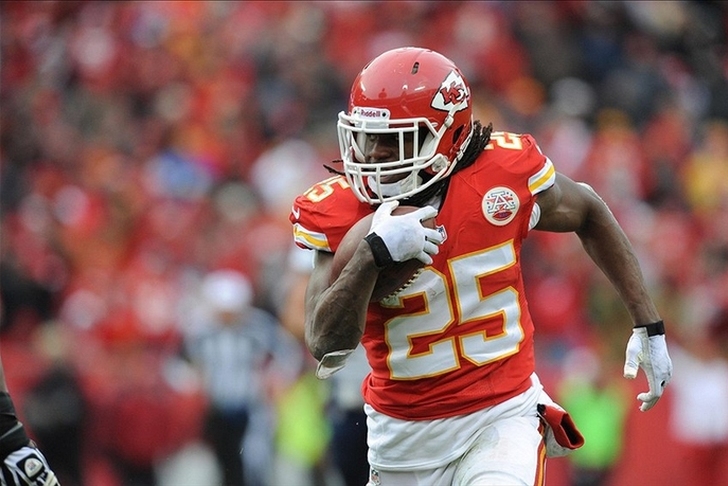 We don't want to overreact with Week 1 still a few games away from completion, but there were some majorly impressive performances from the early games on Sunday which have us reevaluating where certain teams stand on the Super Bowl 50 food chain. Here's our list of 3 Surprise Potential Super Bowl Contenders After Week 1’s AM Games.

Rex Ryan protected QB Tyrod Taylor well in his first start with the Bills, but that didn't stop the Virginia Tech product from fluttering in a 51-yard teardrop over new favorite target Percy Harvin's shoulder for his first Buffalo TD. Ryan has a cadre of critics who like to bash him at every turn, but Sunday's game was a perfect example of just what he can accomplish with the right talent behind him. Buffalo's dominant front seven boxed in the Indianapolis Colts' running game all day long, forcing the Colts to play one-dimensional football while working from behind. Even Andrew Luck couldn't gunsling his way out of that.

Add in what was a balanced offensive attack for Buffalo from start to finish, and we've got a feeling today's impressive effort is only the tip of the iceberg for the Bills under Ryan.

Nick Foles hasn't lost a step, has he? Foles has been the forgotten man in the trade that sent Sam Bradford to the Philadelphia Eagles, but that won't be the case for long. Foles completed two-thirds of his passes against the Seahawks' vaunted Legion of Boom in St. Louis' thrilling 34-31 home win, executing everywhere from short to intermediate to long without throwing an interception (he did have a fumble). His late-4th quarter strike to Lance Kendricks brought the Rams back from the dead and brought back visions of the glory days of the Rams' Greatest Show on Turf.

The defense is better than how it acquitted itself in Week One, so if the Rams can actually sustain the offensive (and special teams) fireworks they lit off on Sunday, this team is a legit Super Bowl contender.

If you have Travis Kelce in your fantasy football league, this drink is on us. Alex Smith found the 25-year-old tight end six times for 106 yards and two TDs, making the fact that he still hasn't connected with a wide receiver for a TD since 2013 a moot point. The Texans made a valiant comeback effort late in the Chiefs' 27-20 win, but don't let the score fool you. Kansas City dominated in all facets of the game on Sunday, looking like a complete team built to do battle with the Denver Broncos at the top of the AFC West.

One game does not make a season, but KC's statement victory was that of a team who looks to be in midseason form.