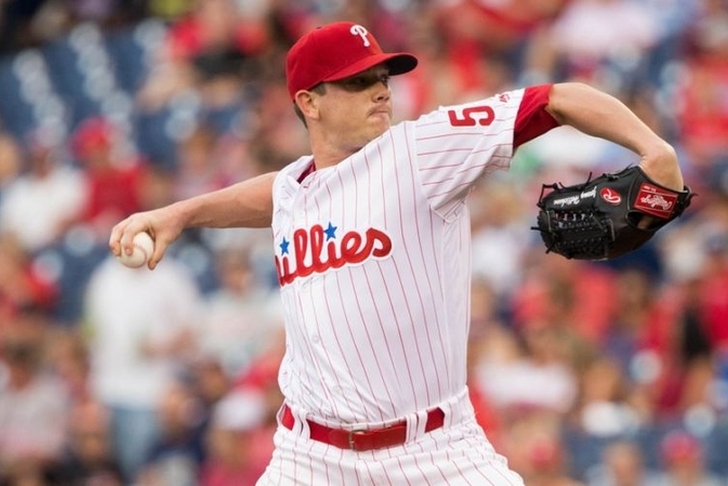 The MLB trade deadline on August 1st is rapidly approaching, and the trade rumors around the Boston Red Sox are starting to heat up. Boston is 50-38, but are still two games back of the AL East lead. They're in the heart of the wild card race and should be buyers at the deadline, and have already made a big move by acquiring Drew Pomeranz from the Padres. With that in mind, here all the latest Red Sox trade rumors.

Boston not done making moves?
The Pomeranz deal capped off a week in which the Red Sox made four trades, but that doesn't mean Boston is done. Team president Dave Dombrowski said the team is still exploring options on the open market:

"You can always get better," Dombrowski said. "There are no perfect clubs out there. But we've really been able to address some major needs at this point. We've got four guys (in the rotation) and we're hopeful Eduardo (Rodriguez) will step up at this point when he pitches on Saturday. We'll see what else happens beyond that."

Boston has been linked to Brewers catcher Jonathan Lucroy, and could look to continue upgrading their pitching.

Red Sox targeting Hellickson?
Boston wants to see how Rodriguez pitches in his return before making any other moves for pitching, but if he struggles, MassLive.com's Christopher Smith says the Red Sox will likely go after Jeremy Hellickson:

The Sox still could make a trade for a backend starter if Rodriguez doesn't pitch well in his few starts before the deadline. Philadelphia's Jeremy Hellickson is a starter who the Red Sox reportedly have scouted. He probably would not cost a lot in terms of prospects.