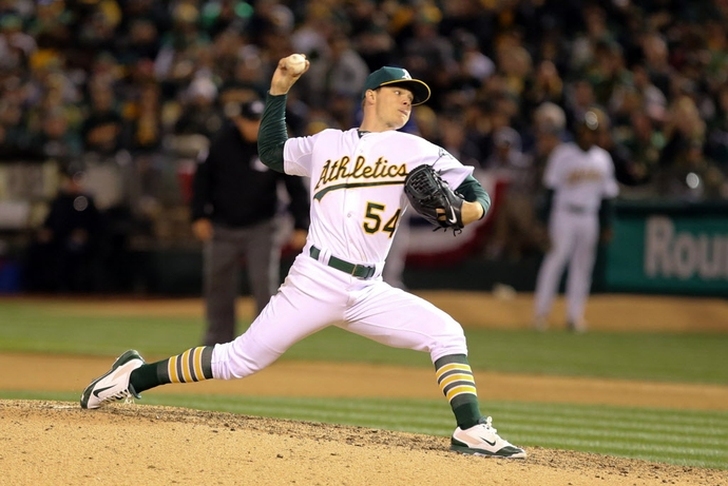 Per Nick Cafardo of the Boston Globe, "the Red Sox have been in talks for controllable pitchers and have had conversations with the Indians (Carlos Carrasco), A’s (Sonny Gray), and Mets."

The most intriguing name on that list is 2015 AL Cy Young candidate Sonny Gray. A's GM Billy Beane has said that Oakland is not considering trades for players under multiple years of team control, but a blow-away offer by the Red Sox may at least cause him to bend his thinking a little bit.

The 25-year-old righty has been one of the lone bright spot for the AL West cellar-dwelling A's. He's 11-4 and pitching to a sterling 2.16 ERA and 0.97 WHIP with 124 strikeouts in 145.2 innings. He has one year of full team control left and three arbitration years stacked up through 2019.