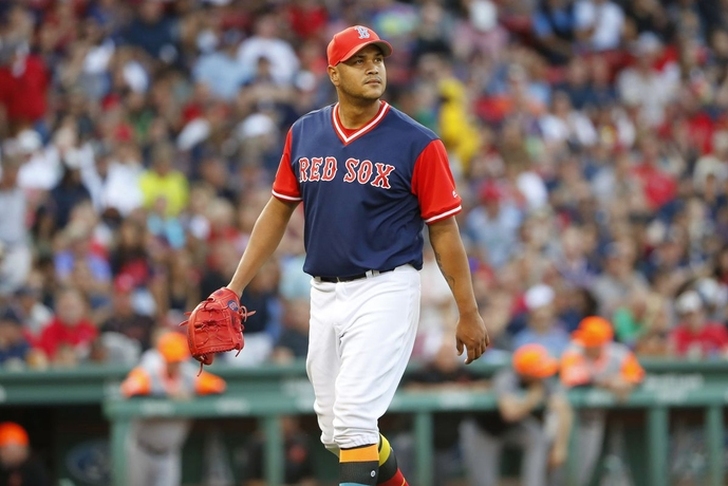 Boston Red Sox pitcher Eduardo Rodriguez started the season on the disabled list with a knee injury, and he will need at least two minor league starts this week before he returns to the majors, according to Jason Mastrodonato of the Boston Herald.

Rodriguez will make a minor league start in Fort Myers on Tuesday, and will likely need another rehab start after that, Cora said. That would make April 13 the soonest day he’d be ready to make his debut.

The Sox will keep their rotation on turn through Wednesday’s off-day so David Price will start the home opener Thursday.

The Red Sox were originally hoping that Rodriguez would be able to return to Boston after just one start, but the team does not want to rush him back.

"It's strictly his knee and his extension," manager Alex Cora said. "It's very important for him to be 100 percent. I think this organization has been through the path before and it seemed like it didn't work out so we have to make sure he's completely healthy."

Red Sox will face the Baltimore Orioles on April 13.

Missing the latest Red Sox news is like being a contact hitter that strikes out a lot. To make sure your baseball knowledge doesn't come from left field, download the Chat Sports Android App!