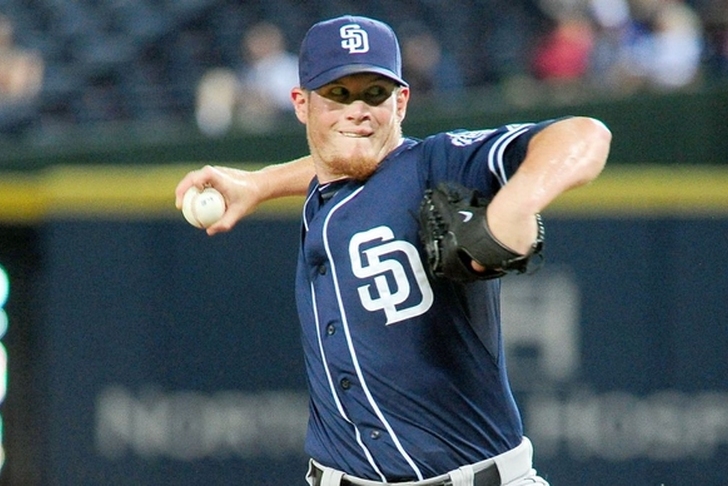 The San Diego Padres are trading closer Craig Kimbrel to the Boston Red Sox. It's the first major move of the Dave Dombrowski Era in Boston. The Padres aren't likely to contend for the playoffs this season, so trading a high-quality asset like Kimbrel for prospects makes sense.

Margot is the best prospect the Padres are getting. He's just 20 and is a consensus Top 100 prospect. He's a strong defensive player who also has speed. Margot stole 39 bases last season and has the potential to be a full-time starter in the outfield and a possible leadoff man.

Guerra is just 20 and last played with the Red Sox's Single-A team. He's a solid defensive option, but his bat will determine his major league career. He's a career .269 hitter and has improved each season he's played in the minors.

Asuaje can play multiple positions and the 24-year old has yet to advance beyond Double-A ball. He posted just a .251 batting average in Double-A, but hit .278 in his minor league career. He profiles as a utility player at the major league level, assuming he makes it that far.

Allen was an eighth round pick in the 2015 MLB Draft and is only 18 years old. In eight starts in the minors last season, Allen posted a 1.11 ERA and a .78 WHIP. Allen didn't advance beyond Single-A ball.

Just 27 years old, Kimbrel is one of the top young closers in baseball. He's a four-time All-Star and four-time NL saves leader. In his six year career, Kimbrel has saved 227 games, posted a 1.63 ERA and .927 WHIP. He wasn't as effective with the Padres, as his ERA jumped to a career-high 2.58 ERA.

Kimbrel will pair with the Red Sox's closer last season, Koji Uehara, to shut down opposing teams in the final innings. The Red Sox were looking for bullpen help this offseason, including targeting Cincinnati Reds' closer Aroldis Chapman.

It's the second straight season Kimbrel has been dealt, as the Atlanta Braves shipped him off to the Padres last year. It seems like the Padres got better prospects for Kimbrel than they gave up.