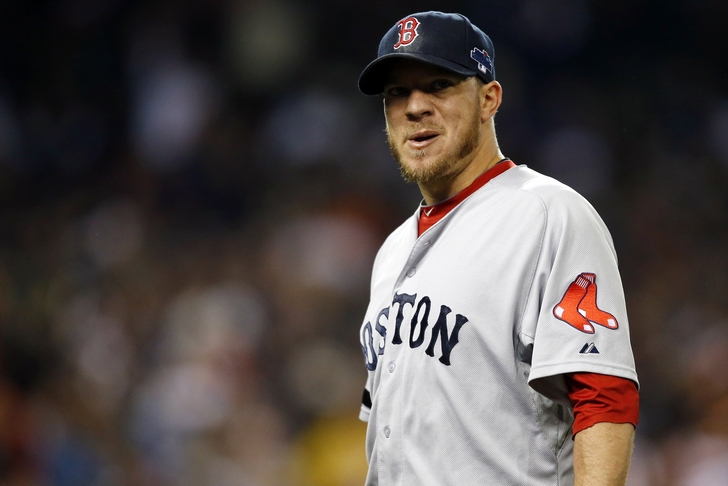 In this Red Sox trade rumors and news update, three teams are currently being rumored as finalists in a potential trade scenario for Boston Red Sox starting pitcher Jake Peavy.

According to Sporting News-verified baseball blogger Max Wildstein, all three of the teams currently pushing hard for Peavy are currently entrenched in the middle of pennant races:

#Brewers, #Angels and #Pirates are the final three teams that are interested in acquiring #RedSox Jake Peavy, according to @Jen_Royle. #MLB

The 33-year-old right-hander is suffering through one of the toughest seasons of his professional career, posting a 1-8 record with a 4.59 ERA in 117.2 innings pitched. He is currently trending towards walking 78-to-80 batters this year, which would qualify as the second-worst mark of his twelve-year plus MLB career.

Peavy's durability is also a potential issue, as he has thrown over 200 innings just once in his previous six seasons. However, he's currently on pace to do so this season and a move back to the National League could be exactly what he needs to get back on track.

The Boston Red Sox look to be in the middle of an aggressive push to deal him, pushing his next start out to July 22nd in Toronto - a move that Peter Abraham of the Boston Globe indicates could mean the end of Peavy's stay in Boston.