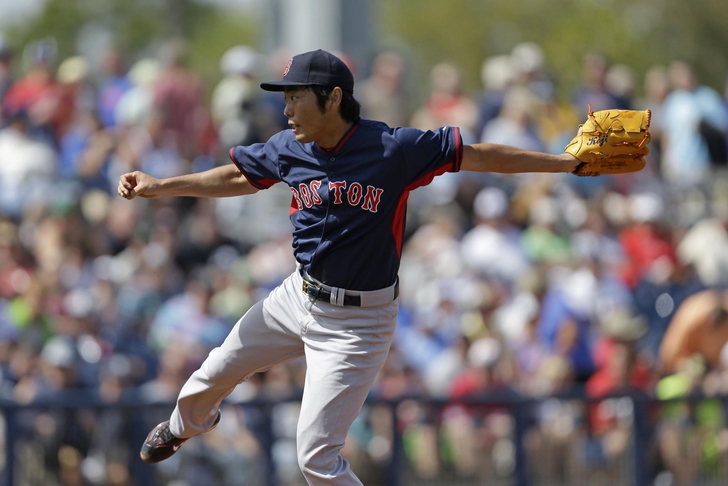 In today's Red Sox trade rumors and news update, there are conflicting reports surfacing as to whether or not Boston Red Sox closer Koji Uehara will be made available via trade prior to the July 31st non-waiver trade deadline.

Speaking on the Dennis and Callahan Show Monday morning (via WEEI.com), Hall-of-Fame baseball writer Peter Gammons indicated that the Red Sox are accepting calls on fellow reliever Andrew Miller, but not about Uehara as of this time:

“I talked to a general manager in the market for a closer yesterday who said when he talked to Ben [Cherington] that he seemed disinclined to even discuss it. That they think they’re going to bring [Uehara] back next year and build around him and let him go pitch the ninth inning again. … I was told that, by far, the player the they’ve had the most calls on is Andrew Miller. I find it really hard to not give him the [$6 million-$7 million] that it’s going to take [to re-sign him] because that’s what the premier seventh-, eighth-, ninth-inning guys get, and I think he’s really close to the point where he can close.”

This runs counter to a previous report by CBS Sports' Jon Heyman stating that Jon Lester was the only Red Sox pitcher deemed as untouchable going into the deadline.