Red Sox Rumors: Joe Kelly, Koji Uehara To Return Within A Week Or So? 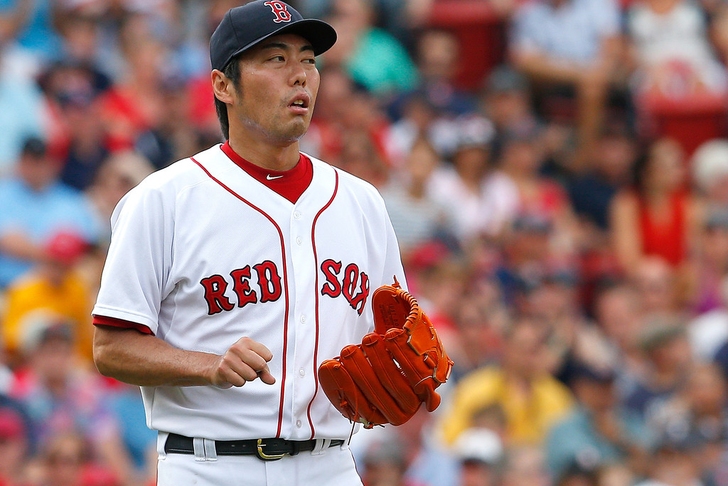 The Boston Red Sox will begin the 2015 MLB season without one of their starters and their closer, but they likely won't be without the two for very long at all.

Both Koji Uehara (left hamstring strain) and Joe Kelly (right biceps soreness) could be back with the team in a week or so. In the case of Uehara, the team is targeting its home opener (April 13th) as a potential return date for the veteran closer.

"It's realistic he could rejoin us when we get back to Boston, provided there's no setbacks or something unforeseen at this point," manager John Farrell said, via the Boston Herald.

As for Kelly, he may not even miss his first start -- tentatively slated for April 11th. There's a possibility that knuckleballer Steven Wright could take that turn, however, if Red Sox management deems it beneficial for Kelly to get one minor-league start under his belt first.