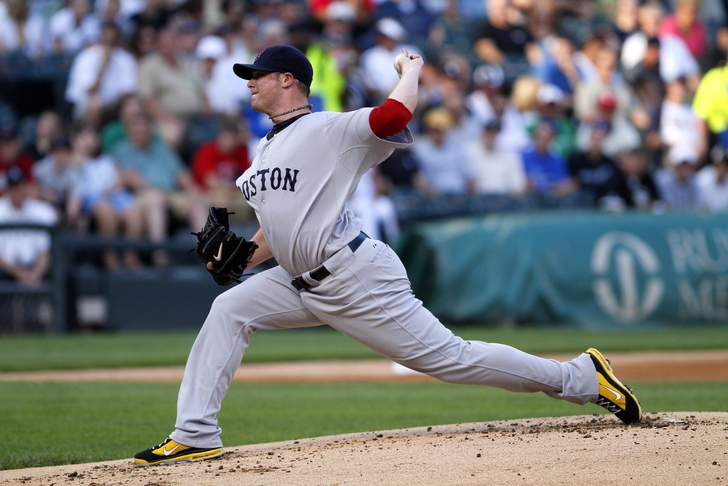 According to Ken Rosenthal of FOX Sports, the Red Sox are receiving calls from all around Major League Baseball - including rivals withing their own division:

Sources: #RedSox getting “hit hard” on both Lester and Lackey from most contenders, including AL East clubs.

After weeks of speculation on his availability, reports surfaced on Monday indicating that the Boston Red Sox are actively shopping Jon Lester in his walk year. Such a move has been made easier by Lester's statement that he would be willing to return to New England this winter if traded and that he understands if the Red Sox need to make such a move for business purposes. While Lester is indeed heavily coveted, the veteran John Lackey could be equally as sought after thanks to a very team-friendly option for 2015:

Lackey contract includes club option at minimum salary next season due to his Tommy John surgery. Adds to his value for both 2014 and ’15.

Stay tuned to Chat Sports for all the latest on Hamels and Lackey as the Red Sox continue to mull their options over the next few days.