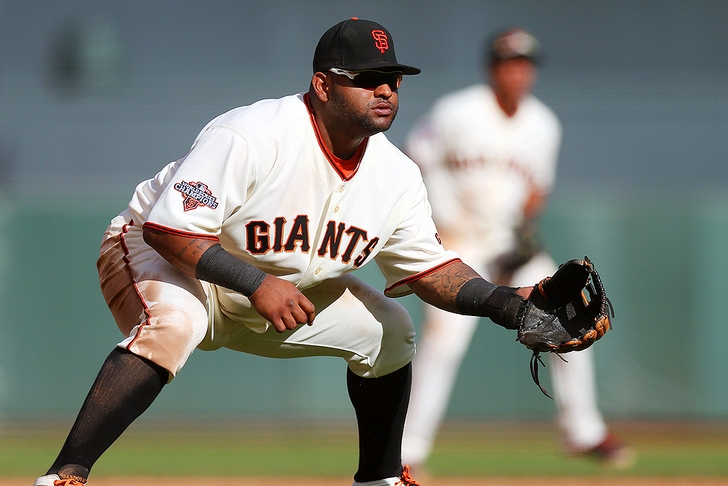 The Boston Red Sox and San Francisco Giants are the two teams currently being thought of as prohibitive favorites to land free agent slugger Pablo Sandoval during this offseason.

However, it now appears that a surprise team - the San Diego Padres - have entered the deep end of the pool when it comes to pursuing Sandoval.

According to Jon Heyman of CBS Sports, "while the Jays and White Sox have shown interest in the star third baseman Sandoval, as well, at this time it appears Boston, San Francisco and San Diego are the most active pursuers of Sandoval, who was instrumental in helping the Giants win a third championship in five years."

Per Ken Rosenthal of FOX Sports, the Padres made an official offer to Sandoval on Friday. That is said to have followed Boston's offer, with multiple reports saying that they made their overture to Sandoval on Thursday.

At this point, the man nicknamed "Panda" is said to be seeking a deal worth $100 million-plus after another October full of heroics.