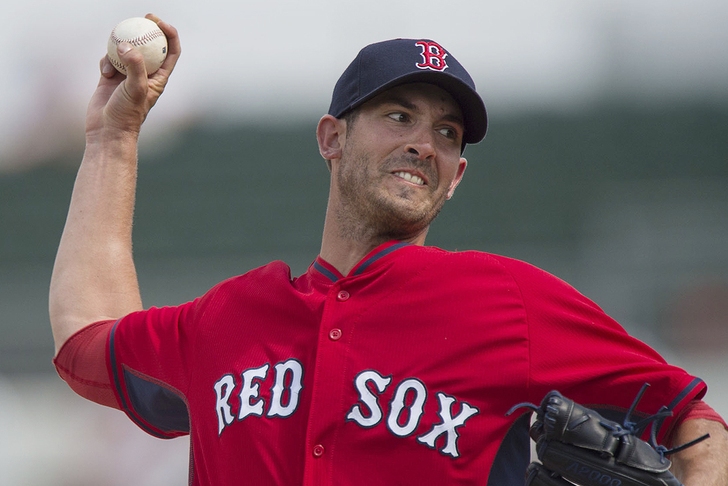 Washington Nationals ace Max Scherzer is no stranger to the world of massive multi-year contracts after signing a seven-year, $210 million mega deal with the Washington Nationals this offseason. Therefore, he's in a uniquely empathetic position when commenting on former Detroit Tigers teammate Rick Porcello's recent four-year, $82.5 million extension with the Boston Red Sox.

"I just told him I'm happy for him," Scherzer said, hedging when asked if Porcello should have gambled and looked for more money this offseason. "I'm happy he got the contract he wanted to sign. I'm glad he's in a spot where he feels comfortable. As players, we love and enjoy seeing other players succeed off the field."

Scherzer also gave his analysis of why Porcello is worth the money he landed, highlighting his former rotation mate's consistency and arsenal of quality pitches.

"He had consistency with all his offspeed pitches," Scherzer said in regards to Porcello's 2014 season. "He's always had the sinker. That things has got some teeth on it. But he really solidified his changeup. I thought it was really consistent last year. His curveball became more of a consistent pitch. And he was getting more and more consistent with his low-cut slider. So it gave him really four pitches to work with. He does a great job at mixing and matching."