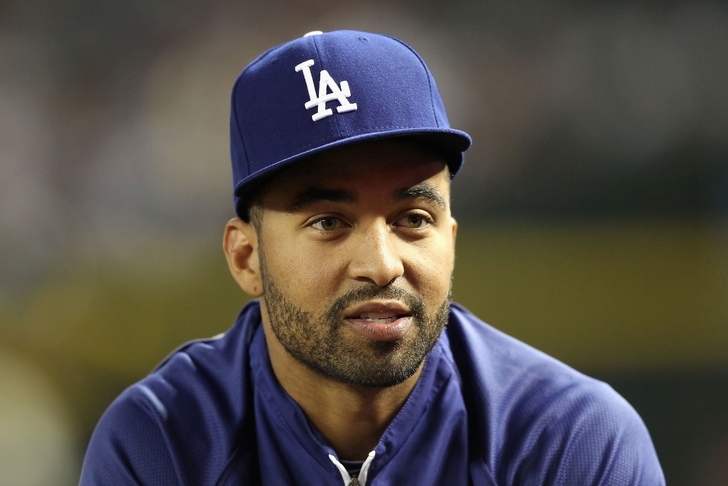 Several Red Sox news outlets have indicated that the Boston Red Sox are currently in the trade market for some help in the outfield. Could that help involve the Los Angeles Dodgers' Matt Kemp?

Per Sports World Report, "according to ESPN.com, the Red Sox were previously linked to Kemp last year and now could pick up on that line again with the way he has been used for the Dodgers. Kemp was sat down on the bench for his fourth straight game and after Ned Coletti said that the team would look at trading an outfielder in the offseason, the time could be coming to do it now."

The Dodgers currently have a logjam in their starting outfield, with Kemp, Yasiel Puig, Carl Crawford, and another Dodgers outfielder who has been linked as a potential option for the Sox, Andre Ethier.

Hardball Talk broke the story that the Red Sox are interested in potentially adding an outfield bat, but Kemp's name has been curiously off the radar when it comes to possible trade scenarios - until now.