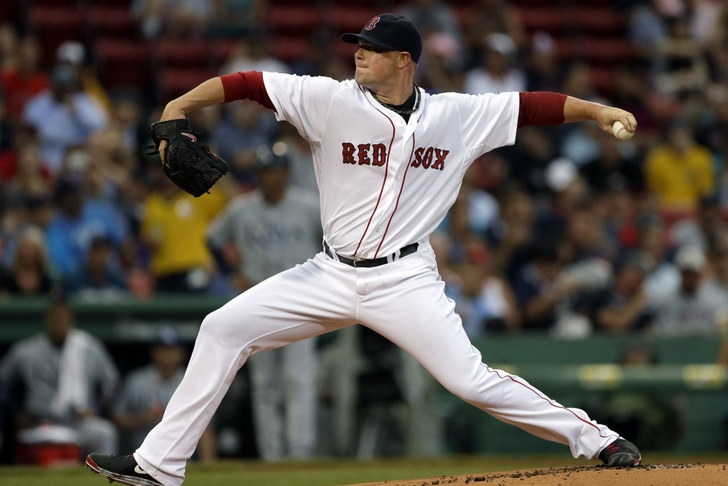 The Boston Red Sox entered the offseason with big questions about their starting rotation, and GM Ben Cherington said they've targeted 15-20 starting pitchers they want to go after. Here's the latest rumors from MLB's Winter Meetings as of Tuesday evening:

It had been previously reported that Lester was deciding between the San Francisco Giants and Chicago Cubs, but Jim Bowden of the MLB Network Radio says the Red Sox and Cubs are ahead of the Giants and Dodgers.

Lester has told San Francisco that he's not simply going to sign with the highest bidder, but rather weigh all the factors when making his decision. Giants assistant GM Bobby Evans said he left his conversation with Lester feeling that he was going to sign either Boston or Chicago.

Lester is garnering offers in the $150 million range from all suitors, and is expected to make a decision Tuesday night. Red Sox manager John Farrell told reporters that he's confident the team can sign Lester.

Boston has discussed a deal with Cincinnati to trade Cespedes to the Reds, though there's been no tangible progress on that front. This comes after the Red Sox were talking with the Detroit, which the Tigers also turned down.

The Red Sox have offered Justin Masterson a multi-year deal to become a full-time starter, according to Nick Cafardo of the Boston Globe.

Masterson appeared to be headed towards a huge contract last season, but he had a year decimated by injuries and a loss of velocity for the Cleveland Indians in 2014 (5.88 ERA with 8.1 K/9 and 4.8 BB/9 in 128 2/3 innings). The pitcher went through the minors with Boston, but they traded him to Cleveland in 2009 in a deal for Victor Martinez.

Boston and Philadelphia have discussed a swap of Antonio Bastardo for Sean Coyle this offseason, according to Chris Cotillo of SBNation, though it's unclear how much progress has been made in those talks.

Also, GM Ben Cherington indicates he wouldn’t hesitate to deal for a starter who is under contract for just one more year, according to Sean McAdam of CSNNE.com, saying there's "real value in a guy who's not signed long term" to see if they fit in the rotation.