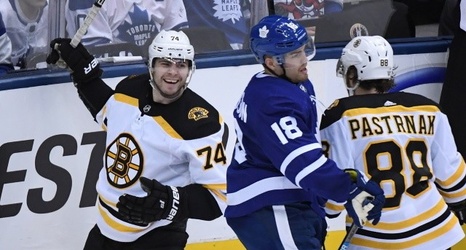 Kevin McGrann of the Toronto Star: The flat salary cap is not going to do the Toronto Maple Leafs any favors over the next three years. They’ll have $3.7 million in cap space heading into the offseason with 18 players under contract.

One or two roster players will likely have to be moved this offseason – players in the $2 to $4 million per season price range.