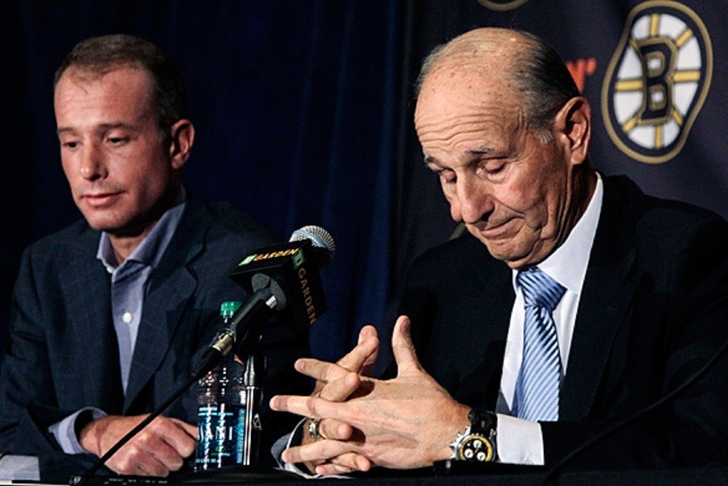 In Bruins news tonight, Boston Bruins owner Jeremy Jacobs has come out and rebuffed rumors that have been circulating which entailed him selling the Bruins in order to make a run at purchasing the NFL's Buffalo Bills.

This is according to Mike Florio of NBC Sports Network's Pro Football Talk: “Several reports have listed Jeremy Jacobs as potentially interested in buying the Buffalo Bills,” Florio quotes Jacobs' company, Delaware North, as saying in a press release.

“Mr. Jacobs owns the Boston Bruins and has no intention of selling the Bruins in order to purchase the Buffalo Bills.  His focus is on ensuring the Boston Bruins continue to be a successful and winning franchise for the City of Boston and New England.”

Many analysts close to the situation in Buffalo thought that the Boston Bruins' owner made the most sense when it came to purchasing the Bills, as he has been said to have expressed interest in owning an NFL team to those close around him.

Your Bruins news, whenever and wherever you want it. Download our new Chat Sports iPhone app, and follow our Bruins team page today.