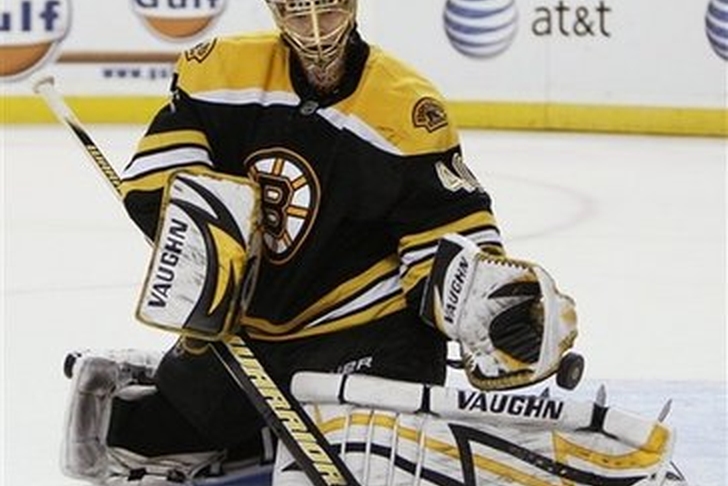 It is that time of year again.  Hockey is back and everything is good in the world.

The Boston Bruins 2012-13 season ended in heartbreak fashion when they lost to the Chicago Blackhawks in Game 6 of the Stanley Cup Finals.  But with the new season upon us, the B’s have another run at the Stanley Cup in mind.  Here is a quick season preview for the 2013-14 Boston Bruins.

Because of the league’s new Collective Bargaining Agreement, the Bruins’ front office was forced to move some players to meet the new salary cap of $64.3 million.  The Bruins lost Jaromir Jagr, Andrew Ference, Nathan Horton and backup goalie Anton Khudobin all to free agency. The Bruins also traded Tyler Seguin and Rich Peverley to the Dallas Stars on July Fourth. With Seguin’s inability to produce in the playoffs last year and all of his off-ice issues, the management couldn’t wait any longer on him.

The Bruins added some new faces to their roster this offseason; those players include Jarome Iginla, Loui Eriksson, Chad Johnson and Reilly Smith.  Boston will look for Iginla and Eriksson to fill the void of Horton and Seguin. Since Peverley was sent to Dallas with Seguin, there was a spot open on the third line. After an impressive training camp, Smith won the job. Chad Johnson, for now, will serve as Tuukka Rask’s backup.

The Bruins struggled all year in 2012-13 on the power play.  The emergence of Michigan State product Torrey Krug helped the power play in the playoffs but still was nothing to brag about.  Boston switched up its tactics this year by putting Zdeno Chara in front of the goalie to create a screen.  The addition of Iginla should help the power play unit, as he has proved he can be successful on the man-advantage.

The Boston Bruins will return to the Cup Finals and will defeat the Los Angeles Kings. They certainly have the talent and experience to get back once again and I think they will make another run for their seventh Stanley Cup.