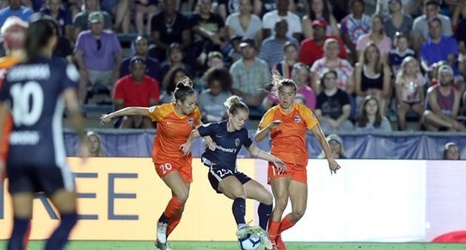 North Carolina Courage forward Kristen Hamilton entered the National Women’s Soccer League record books last Friday when she became just the second players in league history to score four goals in a single match; a game the Courage won 5-2. The only other player to accomplish that feat is the amazing Sam Kerr, who has won the NWSL Golden Boot award for the last two years running and currently leads the competition once again despite missing a chunk of the season due to the 2019 FIFA Women’s World Cup.

Hamilton’s journey into the record books hasn’t been smooth, but she has persevered through each challenge that has come her way.