Eagles vs. Cardinals Preview And Prediction 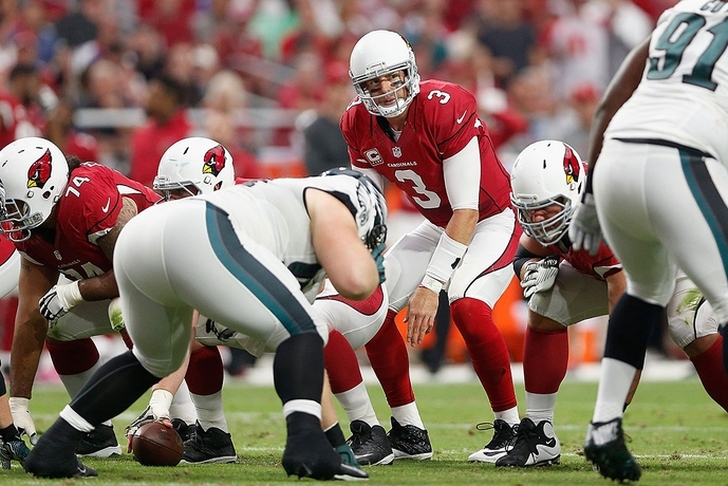 The 11-2 Arizona Cardinals visit the 6-7 Philadelphia Eagles on Sunday Night Football. It's a game with playoff implications for both teams, thanks to the terrible NFC East. So which team will pick up a win tonight? Here's our preview and prediction.

What's At Stake:
The Cardinals have clinched a playoff berth, but not the NFC West or a bye. A win over the Eagles would give them both. Philadelphia is fighting for the NFC East and are in a three-way tie for first entering this week. While the NFC East seems destined to come down to the last week of the season, a win over Arizona would be huge for the Eagles.

What They're Saying About The Philadelphia Eagles:
CB Rowe Coming Along Quickly
Defense Must Erase Big Plays
What The Eagles Must Do To Upset The Cardinals

Key To The Game:
Both the Cardinals and Eagles are among the best in the NFL in turnover differential. The Cardinals are tied for sixth with a plus-six differential and the Eagles are 12th with a positive two. The Eagles and Cardinals have both forced 25 turnovers this season, but the Eagles struggled badly earlier this season with mistakes. QB Sam Bradford threw a ton of picks early this year, but has settled down in recent weeks. The team that wins the turnover battle in this one will have a big advantage.

The Cardinals are the better team from top to bottom and they pick up the win. While the Eagles make it a contest, QB Carson Palmer delivers a win for his squad. The Eagles aren't out of the NFC East race with the loss, but it doesn't help them.