Why is Alabama sandbagging the running back position? 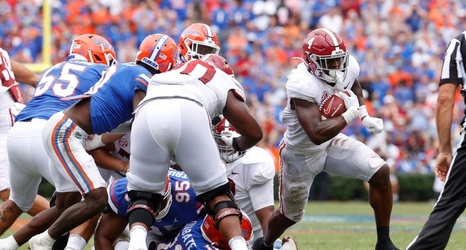 After the smoke cleared and fans left Ben Hill Griffin Stadium, one thought consumed the minds of Alabama fans.

Why did Bill O’Brien not stick with the running game? Supporters of the Crimson Tide and media pundits alike kept wrecking their brains with the question. When it held a 21-3 lead over Florida, Alabama’s offensive line was creating opportunities for its running backs. Brian Robinson had a 23-yard run on the Tide’s first scoring drive, and it ended with a 7-yard touchdown pass from Bryce Young to Jase McClellan. Robinson totaled 75 yards rushing on 14 carries, including a 3-yard touchdown to give Alabama a 28-16 lead.