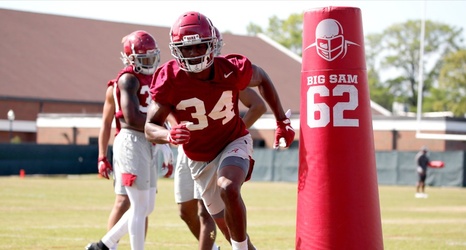 Alabama football has returned an outside linebacker to the team.

Quandarrius Robinson, a sophomore, was suspended for two games. He missed the matchups versus Miami and Mercer due to being arrested for driving under the influence. A native of Birmingham, Ala., Robinson was welcomed back to the Crimson Tide for last week’s game against Florida. He was the backup long snapper during pregame warmups at Ben Hill Griffin Stadium.

“He has done everything we’ve asked him to do, so we allowed him to come back for this game,” Nick Saban said Monday to reporters on returning Robinson to the team versus the Gators.