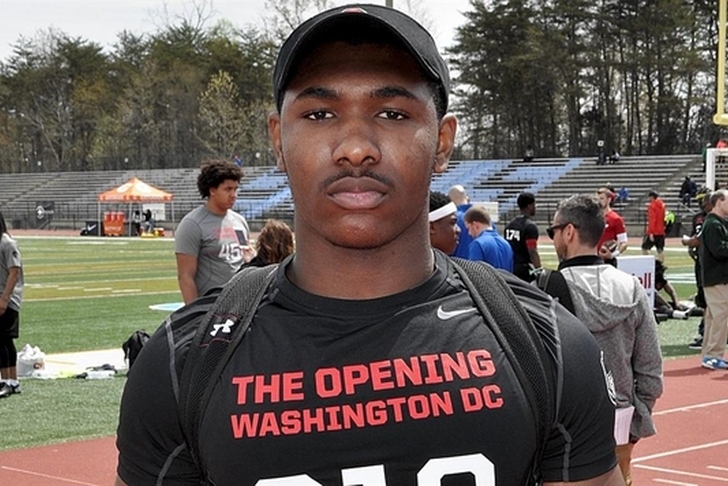 Four-star defensive end Terrell Hall (Washington, DC) announced that he has committed to the Alabama Crimson Tide over Florida State and Maryland. He joins an Alabama recruiting class that ranks No. 1 in the country.

Hall took an official visit to Tuscaloosa on Jan. 22 and was so impressed that there were sever reports that he told the coaching staff he will be signing with them on National Signing Day. Hall has denied that, but a source told 247sports that "Alabama has set itself in prime position to land Hall" shortly thereafter. Safe to say that the Tide locked him up with that visit.

Hall is ranked as the No. 6 defensive end and No. 64 overall recruit in the country, including the No. 1 recruit from DC.