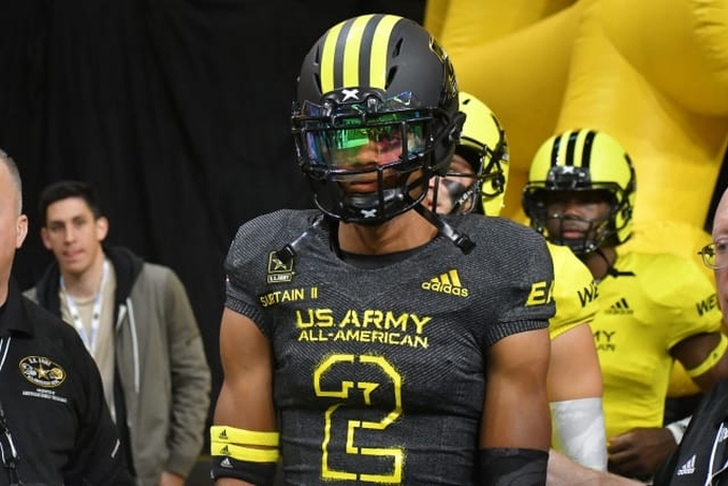 We're one day away from National Signing Day, and the Alabama Crimson Tide have a chance to solidify another top recruiting class with a big day. The Tide had a successful Early Signing Period, signing 14 of their 18 commitments to secure their place as a top-five recruiting class, but their streak of consecutive No. 1 overall recruiting classes is in serious jeopardy of coming to an end. Here are the latest Alabama football recruiting rumors you need to know before signing day:

Latest on pursuit of 5-star CB Patrick Surtain Jr.
Alabama has made Patrick Surtain Jr. (Fort Lauderdale, FL) their top priority prior to Feb. 7, and it is believed that they have made up some ground on frontrunner LSU during his official visit. However, James Smith of the Times-Picayune reports that the Tigers are still believed to be the favorite to land him.

LSU held a lead for nearly the entirety of Surtain's recruitment, prior to a late surge by Alabama after his official visit to Tuscaloosa gave the Crimson Tide an opportunity to close the gap last month. Like LSU, Alabama has a major need at cornerback, and the opportunity to be coached by Nick Saban, who specializes in defensive backs, would be appealing to the talented prospect.

But LSU is able to counter with defensive backs coach Corey Raymond, who built a strong bond with the Surtains during the recruiting process. As the emotion of his official visit to Alabama subsided, LSU was able to re-establish itself as the leader for his services.

Surtain is ranked as the No. 1 cornerback and No. 6 overall prospect in the 2018 class, according to the 247sports Composite.

RELATED: 3 Players The Alabama Crimson Tide Can Still Sign In The 2018 Recruiting Class

4-star DT will sign with Tide
Four-star defensive tackle Bobby Brown (Arlington, TX) committed to Alabama on Dec. 22 during the Early Signing Period after decommitting from Texas A&M, but didn't sign because he wanted to have a signing ceremony.

That has led to rumors about him possibly flipping on his commitment, but Brown told BamaOnline that his recruitment is "still the same" and will sign with the Tide tomorrow.

The 6-foot-4, 282-pounder is ranked as the No. 17 defensive tackle and No. 182 overall prospect in the country, according to the 247sports Composite.

Preferred walk-on QB commits to Tide
2018 quarterback Braxton Barker (Birmingham, AL) announced on Twitter that he has committed to Alabama as a preferred walk-on.

COMMITTED TO THE UNIVERSITY OF ALABAMA ROLL TIDE! ALL GLORY TO GOD! pic.twitter.com/uDHdnSWrVX

The 5-foot-11, 175-pounder made the decision after visiting Tuscaloosa over the weekend.

The Tide are not expected to give a scholarship to a quarterback with all three of the signal callers from last year (Jalen Hurts, Tua Tagovailoa, Mac Jones) returning.