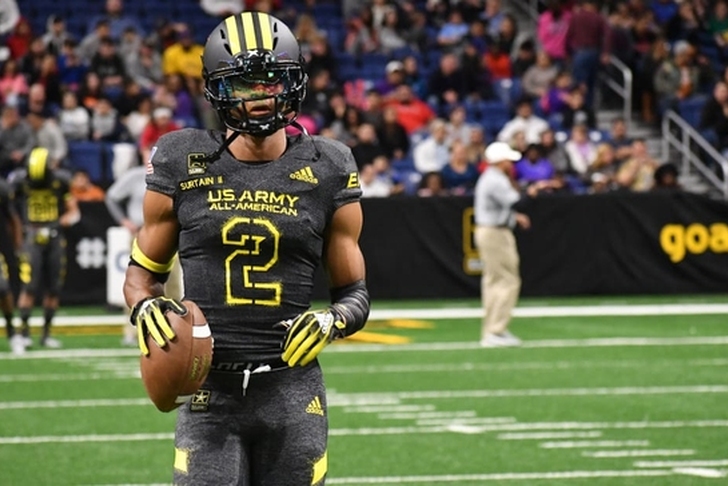 The Alabama Crimson Tide already have a quality recruiting class with 18 total commits, but with only five-star signed and the class sitting at No. 5 in the country, head coach Nick Saban & Co. are hoping to add some major pieces before National Signing Day on Feb. 7. The secondary is their primary area of focus as every starter from last year's team is leaving for the NFL, and Alabama has gained significant momentum in their pursuit of a pair of top cornerback targets. Here are all the latest Alabama recruiting news & rumors you need to know:

Alabama now the favorite for Patrick Surtain Jr. and Tyson Campbell
Five-star cornerbacks Patrick Surtain Jr. and Tyson Campbell, teammates for American Heritage High School is Fort Lauderdale, FL, both took their official visits to Alabama this past weekend, and the Tide may such an impression that they appear to lead for both, according to Chris Kirschner of SECCountry.com

One source close to the program believes Alabama now leads for both cornerbacks. That’s how confident the team is right now at landing the premier defensive backs. Once the source told me that, I followed it up by asking another person, who spent lots of time with both players this past weekend, how he felt about Alabama’s chances with the talented prospects. The second source told me that he, too, believes Alabama is the team to beat for both recruits, but he believes the cornerbacks don’t want to play together in college as they did in high school. He believes Campbell is ultimately going to do his own thing and end up signing with Georgia or Miami. But Alabama is in a good spot right now to land at least one of the two top targets at cornerback.

Surtain (6-foot-1, 200 pounds) is ranked as the No. 1 cornerback and No. 5 overall prospect in the country. He is also heavily considering LSU and Miami.

Alabama was trailing Georgia and Miami in Campbell's (6-foot-3, 180 pounds) recruitment prior to this weekend. He is ranked as the No. 2 cornerback and No. 25 overall prospect in the country.

Blessed to receive an offer from The University of Alabama #RollTide pic.twitter.com/ZUSVt0ara1

Palmer, a former Duke commit, is ranked as the No. 29 cornerback and No. 276 overall prospect in the country, according to the 247sports Composite.

Alabama the team to beat for 3-star DE
Three-star defensive end Malik Langham (Huntsville, AL) also visited Tuscaloosa this weekend and left saying that Alabama is the team to beat in his recruitment.

“It went good,” Langham said of the visit, which included a one-on-one with Nick Saban. “(He said) They want me here. He was just saying to make the decision based on you and he’ll do all he can do to help me in life and football.

“You know, just compete for a spot. They play a lot of freshmen, so if he feels like you’re ready to play, you’ll play.”