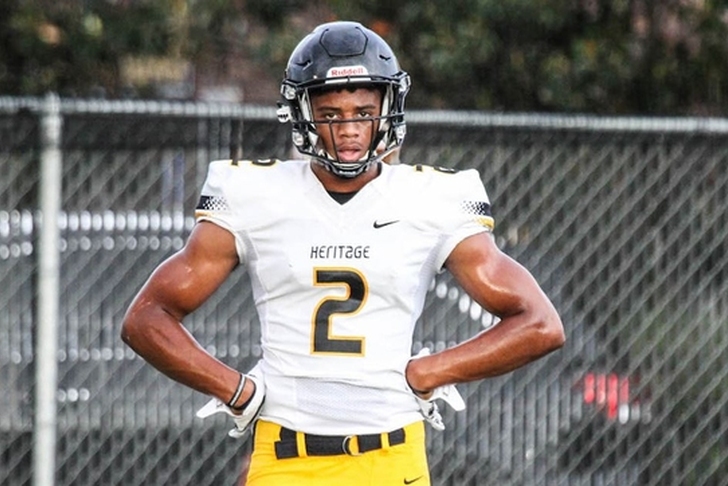 The Alabama Crimson Tide had a successful Early Signing Period, signing 14 of their 18 commitments to secure their place as a top-five recruiting class in the country. However, recruiting the 2018 class isn't done with traditional signing day on Feb. 7 still looming Four players (OLB Quay Walker, DT Bobby Brown, ATH Vernon Jackson, TE Michael Parker) are all currently committed and have yet to sign, but here are four other currently uncommitted prospects they can still land:

Nick Saban & Co. have placed a major emphasis on adding cornerbacks to this recruiting class, so Taylor-Stuart is the first of three corners on this list. The has tremendous size (6-foot-2, 190 pounds) and speed, making him a top 30 overall prospect, but USC is currently the favorite for the San Diego native. He will make an official visit to Tuscaloosa next weekend.

The second cornerback on this list - and first of two from American Heritage High School in Fort Lauderdale, FL - Campbell is the No. 2 cornerback in the country and No. 25 overall player. He has even better size than Taylor-Stuart (6-foot-3, 180-pounds) and can play both on the outside and nickel because of his speed and quickness. Georgia and Miami are thought to be slightly ahead of Alabama in his recruitment, but he did take his official visit to Tuscaloosa this weekend, along with the top two players on the list.

Petit-Frere is the No. 2 offensive tackle in the country and would help sure up Alabama's offensive line long-term. He's a great athlete with excellent strength and good feet, along with being effective both pass blocking and run blocking. Florida is the current favorite for the Tampa native, and he is also considering Notre Dame along with the Tide.

NEXT READ: Here are the top uncommitted football recruits in the Class of 2018

Alabama has made Surtain, the top cornerback and No. 5 overall prospect in the class, their top priority prior to Feb. 7, and it is believed that they have made up some ground on frontrunner LSU. He's got great technique, tremendous speed, and can shut down an entire side of the field with his tackling ability.