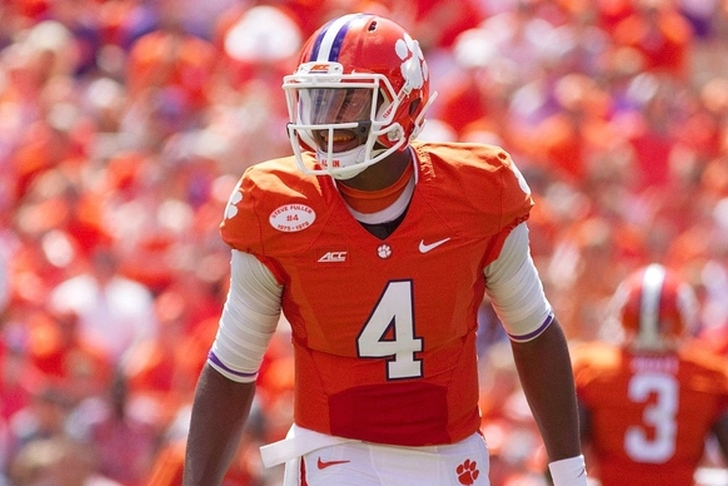 The ACC race is entering it's final few weeks. We know which teams have separate themselves from the pack. With that in mind, here are our ACC football Power Rankings entering Week 10 of the college football season:

BC has a good defense, but the offense is just awful. The biggest reason for that is the Eagles are down to the their fourth quarterback. It's been a rough season for Boston College, and it won't be getting better soon.

Wake seems locked into a three-win season, as the schedule doesn't get easier. Duke, Clemson and Notre Dame are the games left on the schedule.

Syracuse has now lost five straight games. Ouch. Louisville is next, and the Cardinals will likely extend the Orange's losing streak.

This was supposed to be a season in which Georgia Tech competed for an ACC title. Instead the Yellow Jackets are fresh off a loss to Virginia. How did they beat FSU again?

Virginia knocked off Georgia Tech, which is why they took a slight jump.  Still, they need to make a bowl game for head coach Mike London to keep his job, and that just isn't happening.

The Wolfpack started the season 4-0 against cupcakes Troy, Eastern Kentucky, Old Dominion, and South Alabama, but haven't played great since then. They gave Clemson a fight, but their only conference win is over Wake. They should beat BC this weekend, making them bowl eligible.

The Hokies aren't the program they used to be and it's Frank Beamer's last season. The Hokies might be able to make a bowl game, but they'll need to close the season strong.

Should Miami have upset Duke? Of course not. The lateral play shouldn't have counted, but Hurricane fans don't care. A win is a win and it counts.

Louisville has played well at times this season, but they are a pretty average ACC team. With games against Syracuse and Virginia up next, Louisville should go bowling this year.

Duke was in a great position to win the ACC Coastal, but was robbed of a win against Miami. However, that's a game Duke should have been in control of the entire time.

Pitt's losses have come against teams with a combined one loss, but they still aren't a Top 3 school in the ACC right now. A game against Notre Dame is going to be tough, but Pitt has at least locked up a bowl berth.

UNC's season-opening loss to South Carolina hurts, but they've rebounded to win every game since. This week's game against Duke has major implications for the conference. If UNC wins, they could end the season with just one loss.

Florida State's defense has been strong this season, and their offense is starting to come around, showing they clearly belong in a category with Clemson above the other teams in the conference. Their showdown at Clemson this weekend will decide who wins the Atlantic Division and likely the conference as a whole.