The 7 Best 2016 Football Recruits In The ACC 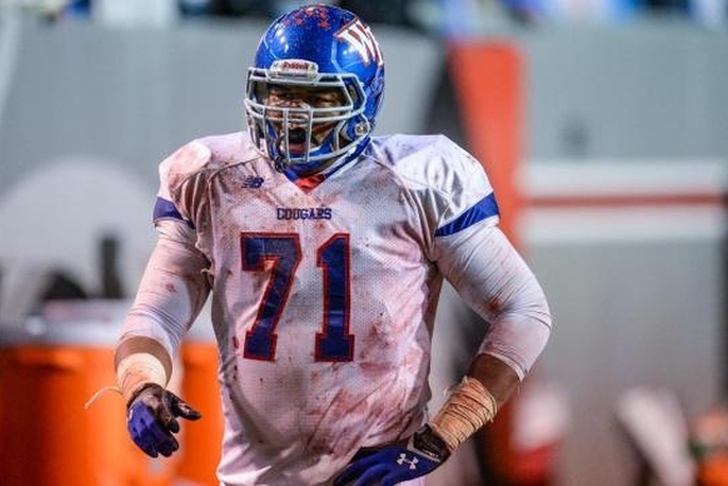 The ACC isn't the most balanced conference right now when it comes to recruiting...and that's reflected pretty clearly in the top six football prospects currently committed to ACC schools. Here's the list of the top seven prospects that will play in the ACC next year:

7) DE Janarius Robinson - Florida State Seminoles
Robinson is already enrolled in classes at Florida State, and the 6'5", 240-pounder has all of the raw ability in the world. He needs to add strength, but he'll be able to find ways on the field this fall.

6) WR Sam Bruce - Miami Hurricanes
The 5’8″ speedster should play a factor in the slot and in the return game. He needs to add a few pounds to his 160-pound frame, but Bruce is quick enough to make an immediate impact somewhere on the field for the ‘Canes.

5) QB Malik Henry - Florida State Seminoles
Henry is a four-star commit that is already drawing comparisons to Jameis Winston. FSU fans will be hoping he lives up to them, and his combination of arm strength and accuracy give him the ability to do just that.

4) C Baveon Johnson - Florida State Seminoles
The top center in the country, Johnson should see immediate playing time at Florida State. At 6'3" and 310-pounds, he has the size to match up with ACC opponents, though he needs to work on his overall athleticism.

3) RB Tavien Feaster - Clemson Tigers
Feaster has been committe to Clemson for a year, but the five-star recruit has been surging up the rankings this year. At 5'11" and 200-pounds, Feaster has the strength to run between the tackles, but really makes his mark running and catching passes on the perimeter. Expect him to return punts and kicks for Clemson next year.

2) CB Levonta Taylor - Florida State Seminoles
The No. 7 overall recruit and top corner in the country will be a lockdown corner from day one at FSU, and it's easy to see why. At 5'11" and 185 pounds, Taylor has the length and quickness to help the Seminoles replace Jalen Ramsey.

1) DT Dexter Lawrence - Clemson Tigers
Lawrence is the rare defensive tackle that is equally good at getting pressure on the quarterback and stopping the run. Clemson needs to replace a lot of starters on the defensive line, most notably Shaq Lawson, so expect him to start immediately.