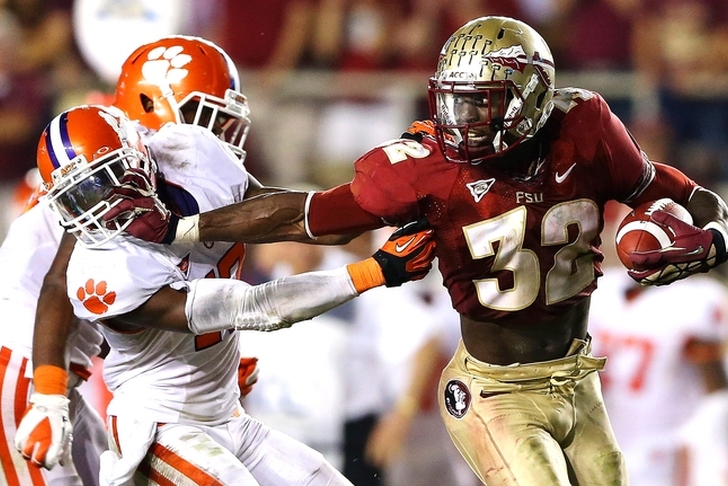 The ACC has been dominated by Florida State in recent seasons, but teams like Clemson and Georgia Tech are close behind the Seminoles this year. The ACC has several great non-conference games this year and a few conference games that could have major implications on the conference and College Football Playoff races. In order of when they are played, here are the 10 best ACC games of 2015.

A neutral site game that's played in Atlanta, this matchup is one of the best ones of Week 1. Auburn is favored, but it should be a fun one to watch.

The Hokies upset the Buckeyes last season, giving OSU its only loss. Ohio State will be out for revenge this year, but they'll face a great Virginia Tech defense.

This game could end up having playoff implications, especially if Notre Dame isn't overrated this season. Both teams should be ranked, which means it'll be worth watching.

The first conference game for both teams, this one could end up determining the ACC Coastal winner. Whoever wins is going to be in a great position for the division title.

The Hurricanes haven't beaten the Seminoles since Al Golden became head coach. Jimbo Fisher hasn't lost to Miami. With Golden on the hot seat, he might need to change that this season to keep his job.

This might be a preview of the ACC Championship game. The Seminoles and Yellow Jackets are the favorites in their divisions. Georgia Tech is looking for revenge a 37-35 loss last season.

This game might determine the winner of the ACC Atlantic Division. Clemson wants a chance to play in the ACC Championship game. Is this the season they make it happen?

It's not the rivalry as it was when Florida was competing for SEC titles, but this is always a great game.

It's tough to tell how good South Carolina will be this season, but these two teams hate each other. If things go according to plan for Clemson, they'll be in a position to make the College Football Playoff. The Gamecocks would love to ruin that.

Clean, old-fashioned hate. It's an underrated rivalry nationally, but both teams harbor playoff hopes this season. Even if they are both out of the playoff race, it should be a great game.

Follow our ACC page for all the latest ACC news and rumors!