Official Site of the Musketeers | December 9, 2019 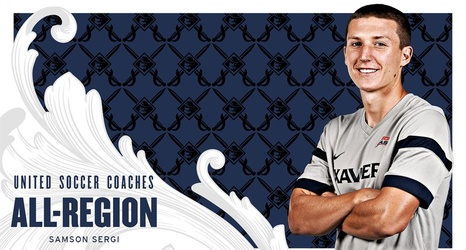 Sergi adds to his list of awards this season as he was recently named to the 2019 Academic All-America® Division I men's soccer team. The senior forward was named to the All-American Second Team.

The Ashburn, Va., native earned All-BIG EAST First Team honors after scoring a conference-leading 10 goals this season. Sergi and Georgetown's Jacob Montes were the only two players in the BIG EAST who were unanimous selections.