Ranking and a retreat: How Xavier women's soccer won the Big East championship 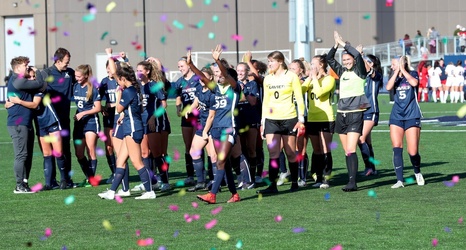 Those two little words tell a powerful story for Xavier University's women's soccer team and what happened this season.

Back in the preseason, head coach Nate Lie, whose team currently sits at No. 11 in the latest RPI national rankings, asked his team, "Did you see where we got picked?"

To which senior midfielder Carrie Lewis and her teammates responded, "Yeah, and we were just like, 'OK, let's move on.'"

The Musketeers were picked seventh in the Big East Conference preseason poll.

"I don't blame people for picking us seven," said Lewis.