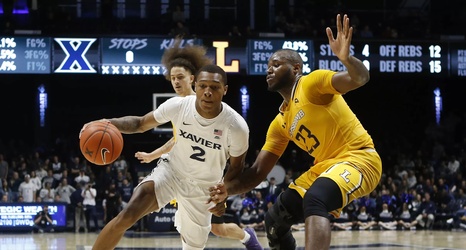 Thanksgiving has meant three games in four days for Xavier fans over the recent past, but the holiday tournament this year was a week earlier than we’ve become accustomed to. The Muskies instead got to spend the holiday practicing at Cintas in preparation for rolling an overmatched mid-major in Lipscomb. Now that they’ve got a couple more teams from that tier on deck for this week, let’s take the moment to check out my almost entirely arbitrary ranking of the guys on the roster, now with infinitely more Kyky Tandy and Daniel Ramsey!

I’m not going to rank these guys yet on the basis of their 17 total minutes of playing time on the season.