'I felt like I was needed here.' From Oakland's Mosswood Park to Xavier, meet Souley Boum 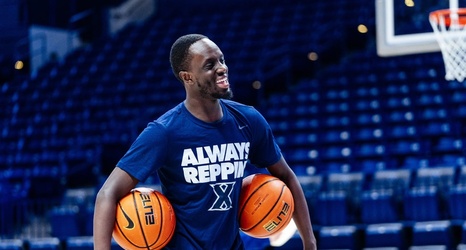 In 1997, Mariam Diallo Eyenga left Guinea, a coastal country in West Africa, for an education in the United States.

Her English wasn't great, so Mariam studied English as a second language in New York, then moved to California, where she enrolled in a community college and welcomed a son into her world.

She surrounded her boy with sports – a soccer ball, tennis ball, and a basketball.

"He gravitated more toward the basketball," Mariam laughed.

She named him Souleymane, which means "king," after his father.

When Souley Boum was around five years old, Mariam started taking him to a park near their house in Oakland, California.