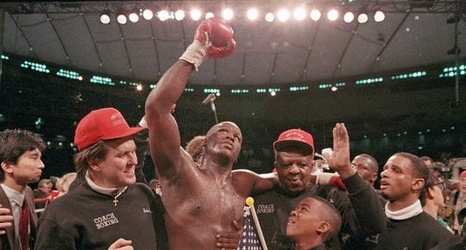 On February 11, 1990 – long before any of the current basketball players on Xavier University's roster were even born – James "Buster" Douglas met Mike Tyson in Tokyo for boxing's undisputed heavyweight championship of the world.

Tyson wasn't just undefeated at the time. He was the most feared man on the face of the earth. He entered that fight 37-0 with 33 wins by knockout, most of which were savage in nature.

Tyson was favored 42-to-1 to beat Douglas.